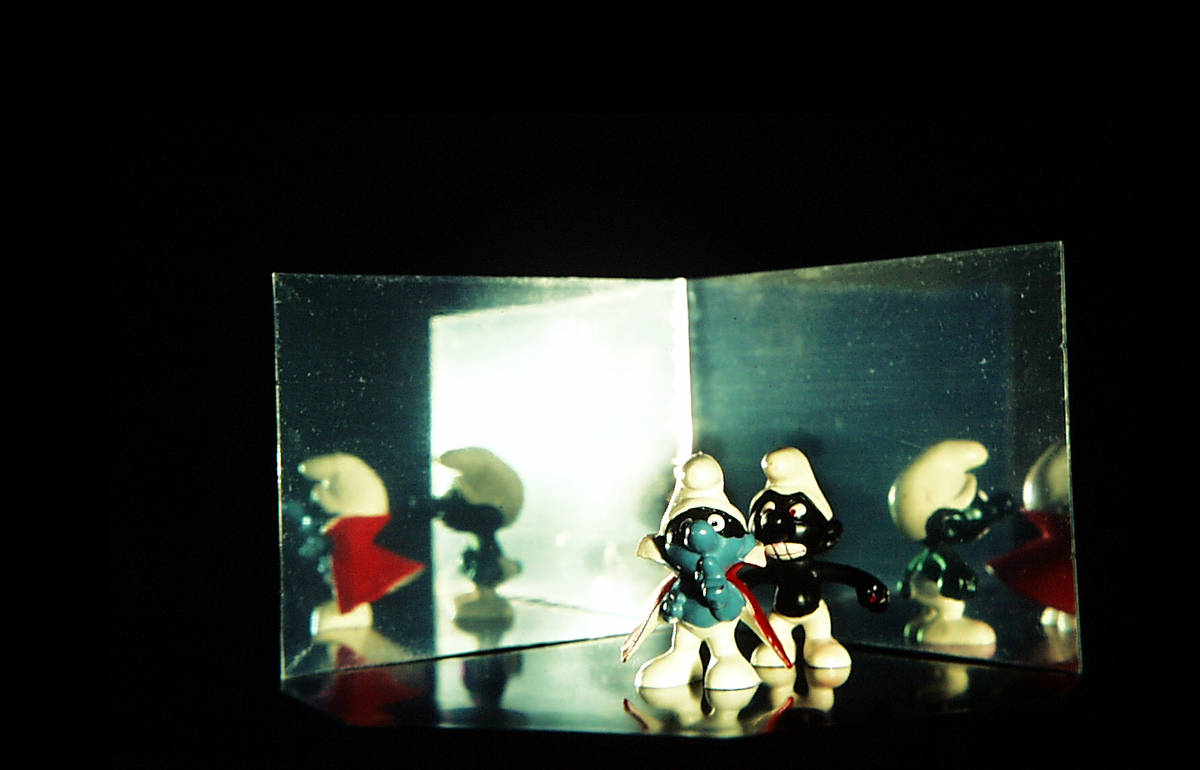 The photo series TERRRA TOTAL was created in the 1990s under the title Other Worlds. It is a series of macrophotographs: scenes composed of toys and small everyday objects. Smurfs, plastic skeletons and their friends allegorise the absurdities of life – situations people sometimes quite unexpectedly (and helplessly) find themselves in. After a ten-year hiatus, Andreas Bromba has returned to this series under the new title TERRRA TOTAL. The first TERRRA TOTAL scene is entitled “Treffpunkt N.Y.” (“Point of Impact NY”) and was created in January 2002. The series will be continued. All of the photographs are analogue.